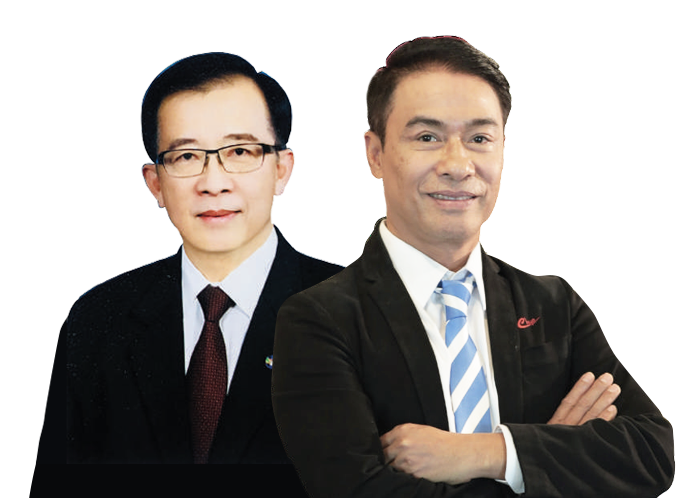 The overview of Chayo Group in 2020 was another satisfactory year of the Company. In the 2020, the Company had aimed the growth goal of gross income not lower than 15%. However, the Company could actualize or the growth of real income approximately 62% as well as net profit from operation which grow around 39%, when comparing to a former year.

2017 is the start of the company's journey in becoming a new member of Stock Exchange of Thailand. We prepared to enter Stock Exchange since 2014, starting by appointing Price waterhouse Coopers ABAS Co., Ltd as company's auditor. Consultant was hired to lay down the control system. Internal audit was engaged to evaluate internal control system, as well as on company's capital increase and restructuring of shareholding during late of 2015. Further, new management team was hired to reinforce the company's strength in 2016. Later, on 19th September 2017, the company filed form 69-1to the Securities and Exchange Commission (SEC). Being approved by SEC, the company has been registered as listed company in Stock Exchange of Thailand in February 2018, firstly traded in M arch 2018.

Apart from being the starting year of our journey, 2017 was also our challenging year. The challenges are varied in many aspects such as to achieve goal of receivables collections during the economic recovery period, capital raising to support the business expansion, and even on more investment in secured non-performing loans. From 20-year experiences in debt collection service, we have achieved and generated total revenue of more than 205 million baht in 2017. Together with our success during previous years, financial institutions provided more funds and loans supporting our business expansion. As a result, we could expand our investment in the secured non-performing loans in a great extent in 2017. By end of 2017, the company had operated secured and unsecured non-performing loans, which was worth around 29,136 million baht.

In 2018, we have unlocked all the limitations on business expansion given that we have already entered into stock market which in turn resolving our restraints, even we used to have limitations on the capital acquisition in the past. We have planned to expand the funds in both secured and unsecured non-performing loans, which we expect that we will achieve a leap growth in 2018.

For this opportunity, Chayo would like to thank our shareholders, customers, partners, business partners, directors, management team, and all staff, who have supported strong fundamental growth of the business. We aim to be parts of society to drive the economic growth, to reduce numbers of non-performing loans, to provide creditability back to customer sand not relying on the loan shark, and to stand with the country to build strong economy and society.

For 2019 performance, the company had total revenue of 314.71 million Baht (including profit from the sale of foreclosed assets) increased by 19.9% compared to the previous year at 262.38 million Baht, with the proportion of revenue from the main business which include interest income to non-performing loan was 79.9% (including profit from sales of foreclosed assets), income from debt collection services was 19.50%, and credit lending 0.60% of total revenue in 2019.

The Direction of 2020 Operation, the company has a plan of net income growth strategies to increase the revenue not less than 20%. The company believes that the trend of bad debt in 2020 will increasing continually. Non-performing loans (NPLs) are expected to remain in many systems. In addition, the new accounting standards or TFRS 9 which may result in financial institutions having to set aside a provision. We expected that the total bad dept will be around 500 billion Baht and the dept which financial institution will be released for sale at approximately 2.0-3 billion Baht. Therefore, in 2020, the company plans to expand the main business, which is the non-performing asset management business, By targeting in the non-performing loans purchase for additional management is approximately 10,000 million Baht and the investment budget of approximately 1,000 million Baht. Likewise, for the service and debt collection business which targeting in continuously growth by focusing on seeking for new customers consecutively. As for the lending business has set a budget approximately 200 million Baht. However, the process will be gradually and carefully due to economic conditions which tend to shrink.

Finally, on behalf of the Board of Directors, all executives and employees, thank you to all business partners for consistently trust and support of. Please rest assured that company will devote in operation with utmost efforts and operating business in accordance with the principles of good governance awareness of every stakeholder including responsible for society and environment to step towards steady growth and sustainable compensation.

The overall operation in year 2020, the Company had total income of 479.12 million Baht which increasing 62.40%, comparing to the former year which was 295.02 million Baht. The proportion of core business income were interest margin from non-performing assets credit around 87.09%, income from debt tracking service 10.72% income from loan 1.57% also income from selling products through Call Center, and/or TV Shopping, and/or Online Channel approximately 0.62%

Operation Direction of 2021 year, the Company has planned to grow in total income not lower than 25%. The company believes that non-performing loan trend in 2021 would be increasing more than the end of 2020 year, approximately 523,261 million Baht or equal to 3.11% of the whole credit system. The Company expects that NPLs would still increase due to slow economic recovery which cause from Coronavirus Epidemic 2020 (COVID-19)

In 2021, the Company still focuses on main business investment for instance; Non-performing assets management business or buying debt to manage business which the company has aimed to buy additional non-performing loans to manage approximately 10,000 million Baht. The Company has set investment budget around 1,000 - 1,200 million Baht. As for Negotiation, debt collection and debt tracking business, the Company has expected to grow not less than 20% by emphasizing on finding new customers as well as expanding or customers base in case of additional existing customers. In part of lending business, the company has set additional lending budget approximately 150 - 200 million Baht. Finally, selling products through Call Center business, and/or through TV Shopping, and/or Online Channel, the Company has set the goal in providing new products such as dietary supplements and cosmetic products to sell in order to increasing company’s income alternatively.

Lastly, on behalf of the Board of Directors, executives as well as employees, deeply grateful to all business partners who trust and support the Company’s operation consistently. Please be assured that the Company would determine in operation with full effort. Moreover, the Company will had a good governance in operating business, concerning stakeholders involving responsible for society and environment in order to step into steady growth and sustainable compensation.

When you visit our website, it may store or retrieve information on your browser, mostly in the form of cookies. This information might be about you, your preferences or your device and is mostly used to make the site work as you expect it to. The information does not usually directly identify you, but it can give you a more personalized web experience. Because we respect your right to privacy, you can choose not to allow some types of cookies. Click on the different category headings to find out more and change our default settings. However, blocking some types of cookies may impact your experience of the site and the services we are able to offer. More Information
Accept All

Always Active
These cookies are necessary for the website to function and cannot be switched off in our systems. They are usually only set in response to actions made by you which amount to a request for services, such as setting your privacy preferences, logging in or filling in forms. You can set your browser to block or alert you about these cookies, but some parts of the site will not then work. These cookies do not store any personally identifiable information.

These cookies allow us to count visits and traffic sources, so we can measure and improve the performance of our site. They help us know which pages are the most and least popular and see how visitors move around the site. All information these cookies collect is aggregated and therefore anonymous. If you do not allow these cookies, we will not know when you have visited our site.
Confirm My Choices